Vienna and its system of local government is different to other parts of Austria.

The country is split into different "states" or "counties" - called Länder in the plural - and these are further subdivided into regions (or large towns with their own rights) and then local councils. 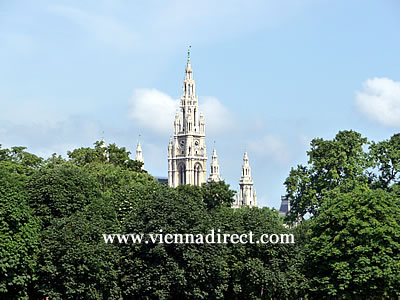 The local council office is a place of much emphasis in regulation and legality and those who are moving, buying or emigrating will find they are spending much time waiting for officials to be free at a numbered desk.

Outside Vienna, the two forms of council office are the local (Gemeindeamt) and the regional (Bezirkshauptmannschaft), and this is the case in the suburbs outside Vienna's boundaries.

Vienna is itself a "Land" and is controlled by the city government from the city hall or Rathaus. The two layers below the Land are combined into one in the form of the "Bezirk" - a district. The most local council office, which is responsible for a lot of paperwork, is the "Magistratische Bezirksamt" and these are dotted across the city with 19 council offices for the 23 districts.

The different offices and contact information are shown on the map below. You can zoom in or out or move in all directions by using the controls at the bottom while the buttons on the top left switch between a traditional map view or a satellite view.

Resources for those visiting or living in the city: