Vienna, with all the weight of its cultural history, is rarely without an event or a special festival going on somewhere. The film festivals are listed on our Vienna Film page - here are some of the other bigger events of the year:

The year starts with a bang with a prestigious event that is televised the world over. More than 70 countries now carry the concert by the Vienna Philharmonic Orchestra live on TV. 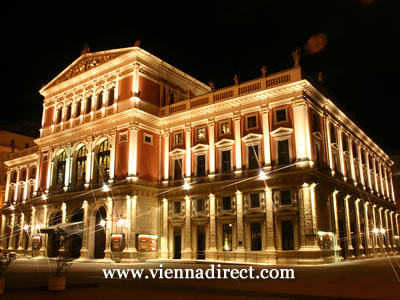 The concert is a selection of music which concentrates on the music - mainly waltzes - written by the Strauss family. Other Austrian composers may have works included depending on the choice of the conductor.

The concert almost always finishes with the same two works as encores - The Blue Danube and the Radetzky March. With the last, the audience is - in a break from orchestral tradition - encouraged to clap along under the direction of the conductor.
Website: www.wienerphilharmoniker.at

This is part of the Vienna Fasching (Carnival) celebrations and is always held on the last Thursday of the Carnival season at the State Opera House.

The celebrations date back to the Congress of Vienna after the overthrow of Napoleon (and the endless round of balls and receptions indulged in by the great and good of that time).

It is considered one of the high points of Viennese cultural, political and economic "society" - although the attention given to building magnate and reality TV star Richard Lugner and his guests each year might make one wonder at how much class is actually embodied in the event.
Website: www.wiener-staatsoper.at

There is a traditional Mayday Festival held on May 1 in the Prater Park. The "Workers' Day" public holiday (Tag der Arbeit) is also formally celebrated in this left-leaning city with parades from unions and political groups.

The original Vienna Festival (Wiener Festwochen) was held in the 1920s but has been in existence as an annual city festival from the 1950s and runs from mid-May to mid-June. These days it is one of the most prominent cultural events in Europe and combines all sorts of disciplines in events which take place over the five weeks.

Traditionally it is opened with a free concert in the open space in front of the City Hall and welcomes over 200,000 visitors to the varied performances.
Website: www.festwochen.at

Vienna is full of music festivals in the summer, ranging from early opera to the Jazz Festival to the Danube Island Festival, and the above-mentioned film festivals also take advantage of the good weather to set up open-air screens. ImPulsTanz is a festival of contemporary dance which takes places from mid-July to mid-August and attracts thousands of participants from all over the world.

One feature of the event is a fashion show which is normally organised by a famous designer or designers with well-known models and personalities on the catwalk.

The Life Ball project raises money for non-profit organisations helping those with AIDS or who are HIV-positive. 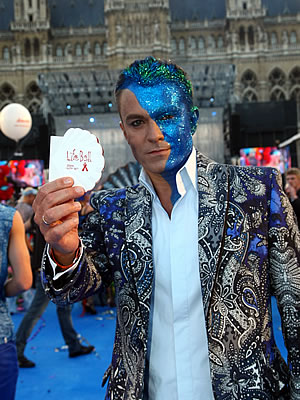 The main event in the post-summer season is the Viennale, also covered on the film page, and, as autumn slowly turns to winter, it is time for the pre-Christmas celebrations for which the city is famous.

This summer dance festival puts on around 100 performances and 250 workshops in the months of July and August, along with a lively night-time programme of festival parties, DJs and gigs. 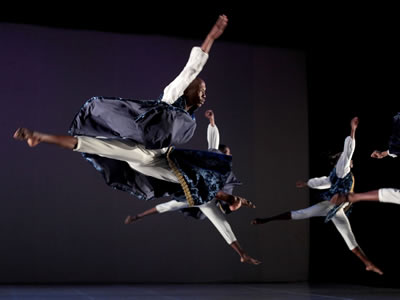 What are known in English as Christmas markets are more properly known as Advent markets, as they take place in the weeks before Christmas.

The main Christkindlmarkt in Vienna is held - like so many other events - in front of the city hall. The massive Christmas tree in front of the stalls selling traditional goods along with mulled wine and local delicacies is one of the most famous views of Vienna. The City Hall Christmas Market is normally open every day from mid-November through to Christmas Eve. 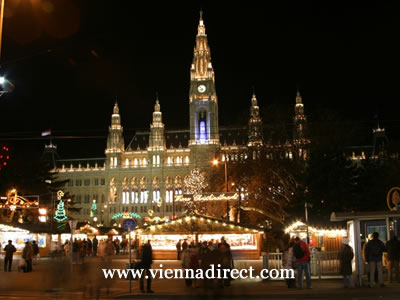 However that market is by no means alone - there are similar markets in the centre and the suburbs:

All of them will be open from near the end of November through to just before Christmas - normally starting late morning and finishing around 21.-22.00.

And, as the year started so it finishes, with a flash of society splendour combined with culture. The Imperial Ball is held in the Hofburg (the imperial palace) on New Year's Eve and is considered the start of the ball season.

Although the idea of an imperial ball dates back to the days of Empire, the Imperial Ball (or Kaiserball) in its present form has only been in existence since 1970. It was originally (and successfully) promoted by the Vienna Tourist Office and several leading lights of the tourist industry to help fill the traditionally quiet post-Christmas period.

Nowadays it is an elegant (dress code: long evening dress for ladies; tuxedo, coat tails or uniform for gentlemen) event with guests welcomed by an "Emperor and Empress" for those looking for something different to see out the old year.
Website: www.hofburg.com