Every film buff has a mental image of Harry Lime skulking through the shadows of a post-war Vienna in the famous Orson Welles role, while those with more modern tastes may treasure the Interrail generation affair of Ethan Hawke and Julie Delpy through a snatched day and night together in the city.

As a city that takes its culture seriously, Vienna hosts its own film festival - the Viennale - and has a Film Museum which is decidedly non-Hollywood.

The Viennale film festival is held in October every year. The first Viennale was held back at the start of the Sixties and these days it has expanded into a respected date on the festival circuit.

Not as popular as Cannes or Berlin or Sundance, the Viennale makes a conscious effort to be quite highbrow, with sections for documentaries, short films and experimental works. 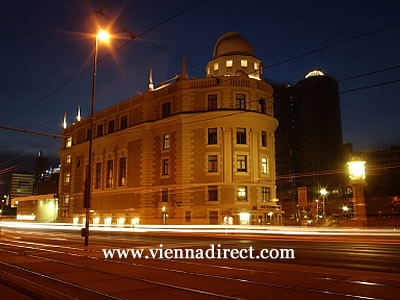 The programme is split amongst several historic venues in Vienna, including the Urania Observatory (see photo above), as well as the Vienna Film Museum (see information below).
Website: www.viennale.at

Summer in Vienna is time for viewing classic, independent or specialist films under the stars at a number of different venues.

Probably the most prestigious open-air venue is in front of the Town Hall with the Music Film Festival from July to September. This specialises in films of concerts and also has occasional live performances, as well as a selection of stands offering food from around the world.
Website: www.wien-event.at

Cinema Under The Stars is a regular event held at Karlsplatz in July with an interesting mix of classics and independent films in German- and English-language, many of them with a connection to Vienna.
Website: www.afterimage.at

The Open Air at the Augartenspitz runs from the beginning of July through to near the end of August and offers a mixture of mainstream and independent films as well as food stalls for cinema-goers.
Website: www.kinowienochnie.at

The Arena, an alternative cultural centre dating from a former squat in the city slaughterhouse, has presented a programme of mostly independent films for the last ten years. The open-air event takes place in August.
Website: www.arena.co.at

Cinema on the Roof is an event run by the Vienna Public Library which runs throughout the summer. As well as the films, normally chosen on a theme, the location offers a bar with stunning night-time views over the city.
Website: www.buechereien.wien.at

The Vienna Film Museum is a museum with a difference - there are no displays of old posters and costumes or lifelike facsimiles of stars.

The museum is designed to be a museum of actual film - thus it shows retrospectives and also concentrates on collections of film and the restoration of old prints, as well as offering a film reference library.

The cinema of the Film Museum and the archives are located in different parts of Vienna - the cinema is in part of the Albertina building in the city centre.
Website: www.filmmuseum.at

Often named as one of the best films ever made, this story of corruption and betrayal has Vienna - its history and landmarks - as a character in the film. With a screenplay written by one of Britain's best authors and featuring American director and actor Orson Welles in one of his most unforgettable roles, The Third Man cemented its place in film history with its unusually adventurous cinematography and its refusal to betray cynicism for a happy ending. 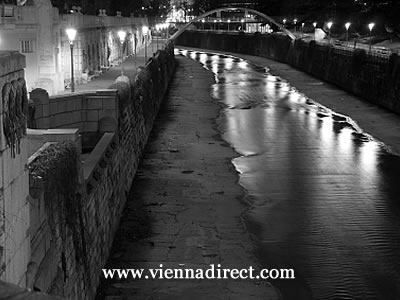 There is a (private) Third Man Museum and Third Man guided walks are available, but possibly one of the interesting ways to experience Harry Lime's Vienna is on the tour through the sewers (actually the covered section of the Wien River was used for the sewer shots).

Before Sunrise is one of the early films of Robert Linklater and deals with the story of a young American and a French girl who meet on a train, are instantly attracted and end up spending a "brief encounter" together in Vienna (thus the title of the film).

Vienna has rarely looked so romantic or so interesting as in this film and it is a pleasure following a youthful Ethan Hawke and Julie Delpy for a day and a night around the streets and sights of the Austrian capital.

(If you want to find out what happened to the couple subsequently, there is now a second film set later in their lives and this time in Paris - Before Sunset. Added: and a third, set in Greece - Before Midnight...)

With the map of Vienna and the film locations below, you can zoom in or out or move in all directions by using the controls to the left. And the buttons on the top right switch between a traditional map view, a satellite view and a mixture of the two.