The Belvedere Palace complex is cited as one of the core reasons for the listing of Vienna's historic centre as a UNESCO World Heritage site.

The Upper and Lower Belvedere palaces, as the names indicate, are set on a slope to the south of the city centre and the Ringstrasse. The area of Vienna between the palaces and the new main railway station complex has become known as the Quartier Belvedere.

The palace complex was built back in the early 18th century as a summer residence for Prince Eugene of Savoy, the military commander who had masterminded the defeat of the Turkish invading army.

The Upper Palace was actually the later of the two palaces to be constructed and is considered one of the loveliest in Vienna for its position with stunning views over the gardens and the city skyline. 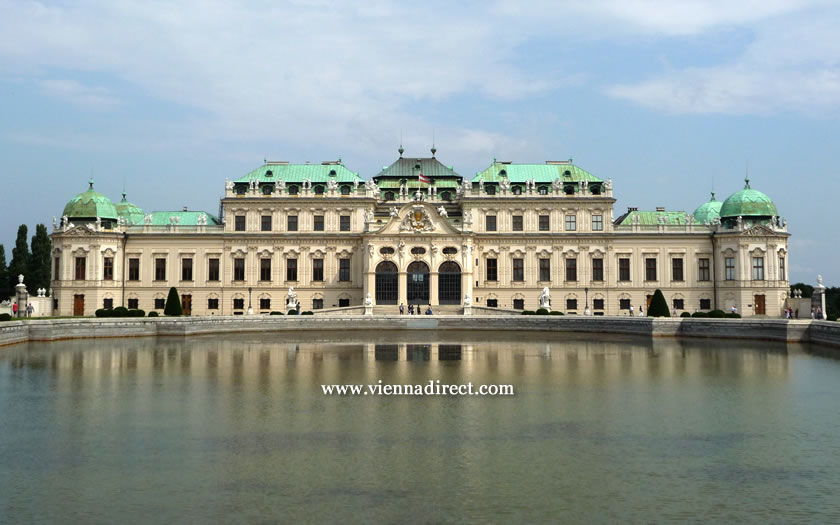 Work on the palace started in 1717 and was finished in 1723. Prince Eugene used the palace for state banquets and receptions, although it was subsequently converted into one of the world's first public museums in the later reign of Empress Maria Theresia.

The interior features a grand staircase and marble hall with fresco paintings and acts as a permanent exhibition of Austrian art through the ages. The treaty which founded the modern state of Austria was signed here in the Marble Hall.

The Upper Palace houses the largest collection of paintings by Gustav Klimt, including the famous 'The Kiss' and 'Judith', as well as other important works from the Art Nouveau, Seccessionist and Biedermaier periods.

The Palace Gardens stretch downhill on a gentle slope to the Lower Palace and they were the first part of the Belvedere complex to be finished once the land had been purchased in the late 17th century.

The formal gardens have classical themes, with one concept being the rise up to Olympus, the home of the gods (and coincidentally the summer residence of Prince Eugene!). The Baroque-style gardens were designed by Dominique Girard, who had originally worked at Versailles Palace in France.

Construction of the slightly-less-grand Lower Palace was finished in 1716 and the buildings were designed as a residence for the Prince for his day-to-day living, rather than the grand feasts and receptions which took place at the Upper Palace at the other end of the gardens. 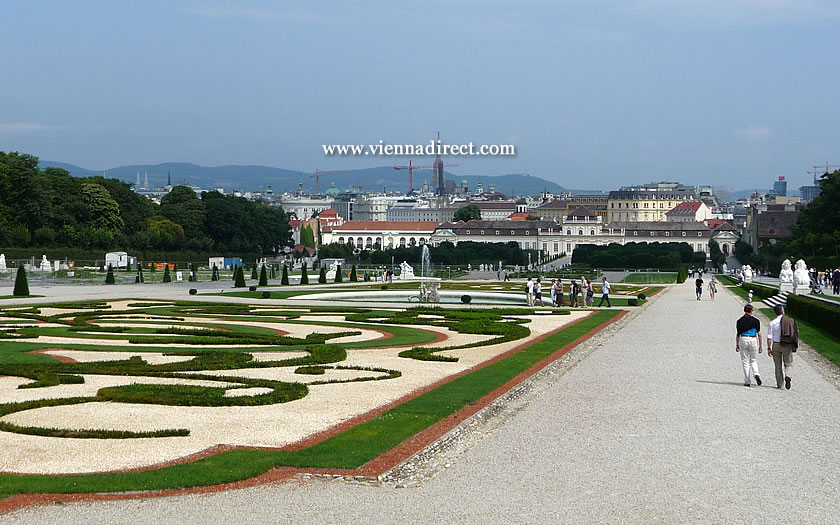 This palace also has a grand Marble Hall and Marble Gallery, designed to show off the Prince's military prowess. It is now used for temporary exhibitions and displays.

The neighbouring Orangery was once a conservatory and is now also used for exhibitions, while the Palace Stables were used by the Prince for his horses and now house a collection of medieval art.

Belvedere 21 is a more recent addition to the complex. The building, in the modernist style, was once the Austrian Pavilion for the 1958 World Fair. After a number of stops, it found its resting place in the Belvedere Palace complex. These days it is used as a centre for modern and contemporary art and architecture.

Tickets can be purchased individually for the different Belvedere palaces and Belvedere 21. There are slight reductions if two or three of the buildings are bought as a package.

Visitors to the Upper Palace require a time slot, allocated at time of purchase, unless they already hold an annual pass or the Vienna Pass or Flexi Pass (in which case they can enter at any time).

With the map of Vienna and Schloss Belvedere below, you can zoom in or out or move in all directions by using the controls to the right. And the buttons on the top left switch between a traditional map view, a satellite view and a mixture of the two.

The palace is open daily, including public holidays.