There are plenty of pleasant parks across the city of Vienna.

Some of them have a rich history, some just have a beautiful landscape, but few have both.

Located in the western end of the 17th district of Hernals, the Schwarzenbergpark is one of them. If the visitor comes through the neighboring woods he might not immediately get this impression. But if he enters via the grand obelisk gateway along the chestnut-lined Schwarzenbergallee and pays attention to the little details as he walks around, he might discover that this is no ordinary park. 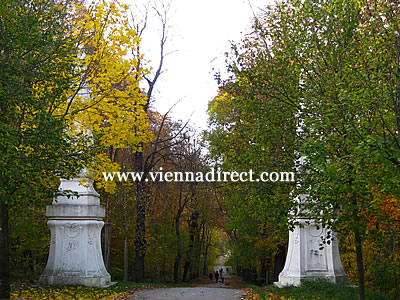 This was once Europe’s largest landscape garden.

In 1765 Count Franz Moritz Lacy purchased a piece of land in Neuwaldegg, at the edge of the Wienerwald, the Vienna woods, to create a park known as the Lacy Park.

The son of an Irish political emigrant named Peter Lacy, who had left his country because of the English government repression and religious intolerance, Franz Lacy came to Vienna from Saint Petersburg, where his father had become an important Russian general and political advisor to the Tsar.

In time the son became himself a high-ranking field marshal, his courage and military prowess helping preserve the empire established by the ancestors of Empress Maria Theresa. Franz Lacy was awarded with the Military Order of Maria Theresa for services during the Seven Year’s War with Prussia and went on to become a close adviser to her husband, Emperor Josef II.

Count Lacy adopted the principles of the “back to nature” movement popular in the late 18th century to plan the natural landscaping of his garden, incorporating streams and ponds, trees and groves, as well as open spaces deliberately laid out across the park.

There were numerous garden features and novelties, such as decorative stones vases, a Chinese pavilion, and even a miniature Garden of Eden.

After his death, the estate was inherited by the powerful Schwarzenberg family, for whom it is named in the present day.

Now there are few traces of the idyllic garden left, besides its forest pathways and the occasional pond. Much of the natural landscape has been reclaimed by the forest of the Wienerwald but there is still a white marble statue that once decorated the original garden and a small classical temple surrounded by beech and birch trees where Count Lacy himself is buried.

With the map of Vienna and the park below, you can zoom in or out or move in all directions by using the controls to the left. And the buttons on the top right switch between a traditional map view, a satellite view and a mixture of the two.