Vienna and the Danube

Vienna and the famous 'Blue Danube' go hand in hand thanks to Johann Strauss and his memorable waltzing melody, regarded by some as Austria's alternative national anthem.

However, the river doesn't flow near the city centre, so you'll have to go looking for it and to make it worth the effort you might want to consider a day trip on the water once you find it. You just have to decide whether east or west. 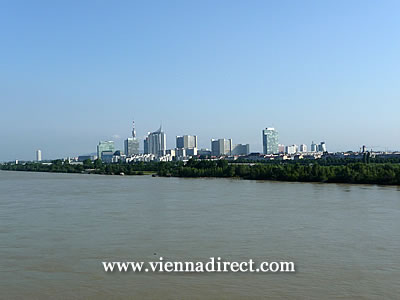 If you choose west – or upstream against the current – you can head back in time to the days of the Crusades and visit Richard the Lionheart's (supposed) place of imprisonment, Durnstein. A charming little riverside town complete with remnants of medieval walls and naturally the ruined castle on the hillside to add to the picturesque value.

If you choose east – downstream, or quicker in other words – you'll sail along through the protected wetland region of  the National Park Donauauen to Hainburg which is nice in itself. But if you have  time you should consider a trip to the archaeological park Carnuntum and go back even further in time than the Crusades, to the Romans.

Or for something a bit different why not try the twin-city-liner and visit Vienna's closest big city neighbour, Bratislava, the capital of Slovakia?

The trip by high-speed catamaran takes just over an hour and has the advantage that you leave from the Danube Canal, closer to the city centre, and join into the Danube later. That also means you miss having to go through the lock system which may or may not be another advantage, depending on how interested you are in engineering!

And a final word, don't expect the Danube to be blue. Like most commercial waterways it's more of a murky brown nowadays although some of the side arms do live up to expectations on a good day.

With the map of Vienna and the Danube below, you can zoom in or out or move in all directions by using the controls to the left. And the buttons on the top right switch between a traditional map view, a satellite view and a mixture of the two.