The Kuffner Observatory was built in a time of scientific advances and intellectual curiosity at the end of the 19th century.

Like so many institutions in those days, the observatory was financed by a wealthy benefactor and enthusiastic amateur astronomer - in this case Moriz von Kuffner, owner of the famous Ottakringer brewery. 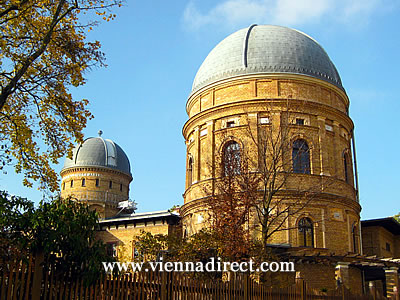 He had been approached by the astronomer Norbert Herz who, when the building was finished in 1886, became the director of the observatory and quickly established it as a respected location for astronomical research and knowledge, which was continued through the turn of the century.

However, after the First World War the Kuffner Observatory fell on very hard times. It was closed from 1917 through to 1928, handed over to the Academy of Sciences and then returned, and subsequently taken over by the National Socialists when Kuffner, an Austrian Jew, was forced to emigrate to Switzerland in 1938 where he died shortly afterwards.

The Kuffner Observatory was reopened during the post-war occupation and restored to the Kuffner family ownership in 1950. The family however quickly sold the observatory and it was used as an educational centre.

The observatory was finally taken over by the Vienna authorities, who now run it as a separate business - Astronomie Wien - as part of the further education process. Astronomie Wien also manages the Urania Observatory on the banks of the Danube and the Planetarium at the Volksprater.

The observatory itself consists of two domes. The main building’s dome holds the original Great Refractor, which still delivers beautiful images of celestial objects. In the other dome there is a heliometer, one of the biggest of its kind in the world, installed in 1896 to measure the distances from our planet to the stars.

With the map of Vienna and the Kuffner Observatory below, you can zoom in or out or move in all directions by using the controls to the left. And the buttons on the top right switch between a traditional map view, a satellite view and a mixture of the two.